Our weeks are flying by - what about yours? I can't keep up!
Kids are older so schooling is totally something that isn't as directed by myself as intently as it used to be. Man how the seasons change.

Just wanted to share this for me and for you. 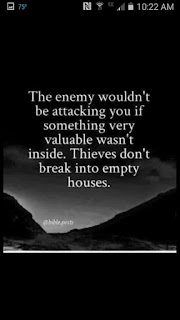 Alexis is spending a lot of time trying to tame some of our newer goats because we need them tamed before January because that is when they should kid. She is in love with Life Of Fred and I am soooo thankful that transition went well. 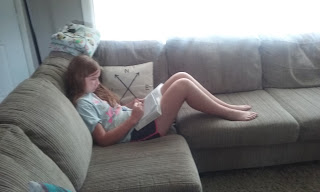 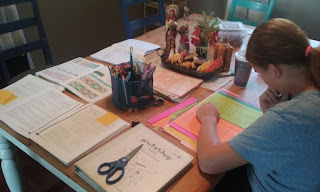 Zachary has been working with Kevin some and doing a lot of ball! Yes it is that time of year again... Fall Ball. First game was last night and they won 11-1. He is pitcher and first base man. He also has been reading about Indians and baked these very good blackberry pudding all by himself. 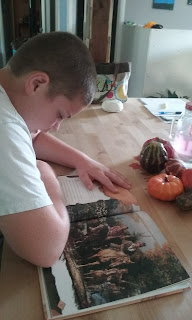 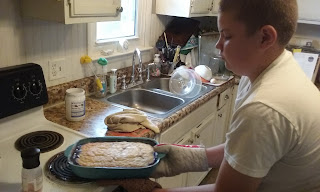 I have been off sugar and white anything for 2 weeks. I have lost 10 lbs and feel awesome however that was not the case the first week. I actually thought I was going to die. Huge headache about day 6 and it was horrid. Been running/walking and Lexi has been great at keeping me motivated to go every morning. 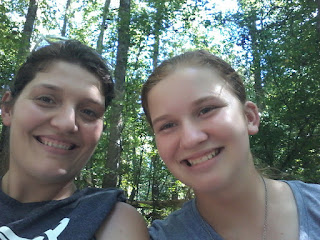 Last weekend we went to the Farmers Market and got a great deal on these beautiful peppers and I came home and stuffed them and put them in the freezer. YUM. 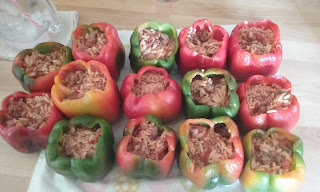 Hope y'all are having as much fun as we are schooling!

Email ThisBlogThis!Share to TwitterShare to FacebookShare to Pinterest
Labels: weekly wrap up